The application for the Herbie Hancock Institute of Jazz Performance at The UCLA Herb Alpert School of Music class entering in fall of 2023 is now available. Click here to download the application, including instructions and performance requirements. Applications may be submitted online via Acceptd or by email to Institute West Coast Director Daniel Seeff, and must be received no later than December 1, 2022.

Please feel free to email us with any questions.

About the Institute of Jazz Performance

One of the Institute’s earliest goals was to create a unique college-level jazz program where the masters of jazz could pass on their expertise to the next generation of jazz musicians. In September 1995, the Institute of Jazz Performance was launched and the first class of seven students began their intensive training with some of the world’s greatest musicians.

The Herbie Hancock Institute of Jazz Performance is a tuition-free two-year program that accepts one ensemble of musicians for each class. All of the students receive full scholarships, as well as stipends to cover their monthly living expenses. The students study both individually and as a small group, receiving personal mentoring, ensemble coaching, and lectures on the jazz tradition. They are also encouraged to experiment in expanding jazz in new directions through their compositions and performances. The program is currently in residence at the prestigious UCLA Herb Alpert School of Music.

The Institute of Jazz Performance students and instructors present a number of major concerts and community outreach programs throughout the United States and overseas. International highlights include performances and teaching engagements at the White House; at annual International Jazz Day programs in Saint Petersburg, Russia; Havana, Cuba; Melbourne, Sydney and Mt. Gambier, Australia; at the celebration commemorating the 40th anniversary of the coronation of the King of Thailand, the 1998 Summit of the Americas in Chile before 34 heads of state, the United Nations “Day of Philosophy” event in Paris sponsored by UNESCO, and the Tokyo Jazz Festival. The students have also participated in tours of Argentina, China, Egypt, India, Morocco, Peru, Russia, Vietnam and, most recently, Jordan with Institute Chairman Herbie Hancock.

Check out a complete listing of our alumni here.

About The Herb Alpert School of Music

These eight extraordinary young jazz musicians were selected for the Herbie Hancock Institute of Jazz Performance at UCLA, Class of 2023 through a rigorous application process, culminating in an audition judged by Institute Chairman and legendary jazz pianist Herbie Hancock; renowned musician, producer and philanthropist Herb Alpert; and trumpeter, Blue Note recording artist and Institute of Jazz Performance alumnus Ambrose Akinmusire. Each will attain a Master of Music in Jazz Performance degree from The UCLA Herb Alpert School of Music, one of the nation’s top music schools, after completing this intensive, two-year program in spring 2023.

Art Baden, tenor saxophone, was born in Rostov-on-Don, Russia, and began playing piano, his first instrument, at age 4. He received full scholarships to attend the Hanze Prince Claus Conservatoire in Groningen, Netherlands, and a year later, the Berklee College of Music. At Berklee, he studied with Jerry Bergonzi, George Garzone, Ralph Peterson and Frank Tiberi, and received a Bachelor of Music degree. Baden placed third in the Michael Brecker International Saxophone Competition. He is an ambassador for Remy saxophones and has performed at clubs and festivals around the world with artists including Joe Locke, Ralph Peterson, Evgeny Pobozhiy and Alex Sipiagin.

Devin Daniels, alto saxophone, is from Inglewood, CA. He picked up the saxophone at age 11 and participated in the Institute’s Jazz in the Classroom and All-City Big Band music education programs in partnership with the Los Angeles Unified School District. Daniels has also been part of the Southern California Honor Jazz Band, Fernando Pullum Jazz Band, Colburn School of Music Combo and Big Band, Los Angeles Youth Jazz Ensemble and Jazz America. He received awards from YoungArts, Vandoren Young Artists Competition, The Music Center and the Charles Dolo Coker Jazz Scholarship Foundation. Daniels was named Performer of the Year at Hamilton High School and the Berklee Jazz Workshop, and was a finalist for the Dave Brubeck Institute Quintet. He attended the Berklee College of Music as a Presidential Scholar and graduated with a B.M. in Professional Music. Daniels has performed with Billy Childs, Donald Vega, Marvin “Smitty” Smith, Ralph Moore and Miguel Artwood Ferguson.

Darynn Dean, voice, was born and raised in Los Angeles, CA. She graduated from the New England Conservatory of Music with a B.A. in Jazz Vocal Performance and a minor in Cultural Studies. She hails from a musical family: her father, Donald Dean, Jr., and grandfather, Donald Dean, Sr., are renowned drummers and her cousin, Jamael Dean, is a rising star pianist. Dean participated in the 2019 Betty Carter Jazz Ahead Residency and was mentored by Dee Dee Bridgewater and Jason Moran. She has performed with Freddie Cole, Dave Holland, Dave Koz, Hubert Laws and Aaron Parks. Dean placed first in the National YoungArts Foundation, Dolo Coker and NAACP ACT-SO competitions, and was a finalist in The Music Center Spotlight Awards. She performed at the 2021 Detroit Jazz Festival with The Woodshed Network and sang at the Los Angeles Jazz Society’s “Celebrating the World of Quincy Jones” tribute.

Julien Knowles, trumpet, was born in Washington, D.C. and grew up in Fresno, CA. He began playing trumpet at age 10. In 2015, Knowles received the Presidential Scholarship and the Agnes Barringere Music Memorial Endowment to attend the Jazz and Improvisational Music program at the University of Nevada, Reno. He studied with Ralph Alessi, Peter Epstein, Adam Benjamin and Shane Endsley, and received the Nevada Undergraduate Research Award to study composition with John Hollenbeck and present new works for large ensemble. Knowles co-founded the Laughing Planet Jam Session and the Visiting Artist Committee, which presented residencies with top jazz artists. He has played trumpet and composed for the Reno Jazz Orchestra, performing with Kurt Elling, Tierney Sutton and Diane Schuur.

Emiliano Lasansky, bass, was born in Iowa City, IA. He is the recipient of numerous honors, including a DownBeat Student Award, third place in the International Society of Bassists Competition, and two residency fellowships at the Betty Carter Jazz Ahead Workshop at the John F. Kennedy Center for the Performing Arts. He has studied with Jeff Campbell, Bill Dobbins, Dariusz Terefenko and Gary Palmer. Since graduating from the Eastman School of Music with a Bachelor of Arts degree, Lasansky has performed with artists including Dennis Mackrel, Jimmy Greene, Harold Danko and Clay Jenkins. He has served as a teacher at the Rockport Jazz Camp and Birch Creek Music Performance Center.

Benjamin Ring, drums, is from Piedmont, CA. He was accepted into the San Francisco Symphony Youth Orchestra at age 12 and both the SFJAZZ High School All-Stars and the Berkeley Jazzschool Studio Band at age 14. Ring also participated in the Brubeck Institute Summer Jazz Colony and the Next Generation Jazz Orchestra. While earning his Bachelor of Arts in Music at the University of Southern California, he studied with Ndugu Chancler, Peter Erskine, Will Kennedy, Vince Mendoza and Patrice Rushen. Performing across Europe, Japan and the United States, Ring has shared the stage with David Binney, Terri Lyne Carrington, Louis Cole, Ravi Coltrane, Remy LeBoeuf, Donny McCaslin, Bob Mintzer, Patrice Rushen, Ed Simon and members of the San Francisco and Chicago symphonies. He has received scholarships and awards from the Monterey Jazz Festival, YoungArts and SFJAZZ.

Javier Santiago, piano, was born and raised in Minneapolis, MN, and has lived in New York City and the San Francisco Bay Area. He was selected to participate in the Betty Carter Jazz Ahead Workshop at the John F. Kennedy Center for the Performing Arts and in the Mentor Fellowship Program at the Stanford Jazz Workshop. In addition, he won first place honors in the 2015 American Jazz Pianist Competition and received the 2016 McKnight Fellowship for Musicians. Santiago attended the Brubeck Institute at the University of the Pacific and earned a Bachelor of Arts degree from the School of Jazz and Contemporary Music at The New School, where he studied with Aaron Goldberg, Kevin Hays, Aaron Parks and Edward Simon. He has released two albums on the Ropeadope label.

Matthew Stubbs, clarinet, was born in San Jose, CA, and grew up in nearby Mountain View. He began playing clarinet at age 9. Throughout his teens, he was involved with both the San Jose and San Francisco High School All-Star programs and toured Eastern Europe with the El Camino Senior Symphony. Stubbs graduated magna cum laude with a B.A. in Performance and Jazz Composition from the Berklee College of Music and later received a M.M. in Contemporary Performance from the Berklee Global Jazz Institute. He has studied with Terri Lyne Carrington and George Garzone, among many others, and has performed with Danilo Pérez, Kenny Werner and Rakalam Bob Moses. Stubbs was the last clarinetist to be featured in the late Ralph Peterson’s Fo’tet. “The Ingenious Catalyst” | The Institute in Jordan 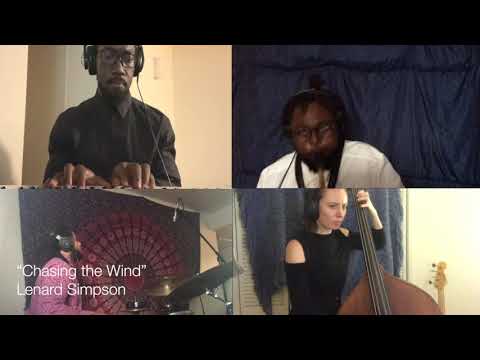 The Art of Composition with Hancock Institute Graduate Lenard Simpson 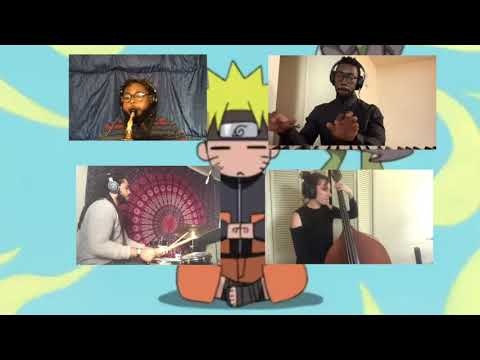 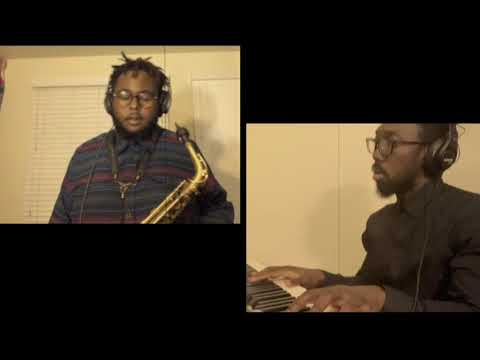 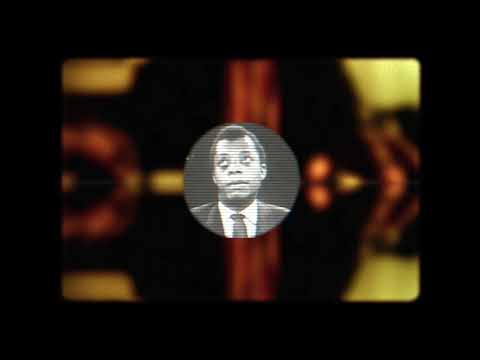 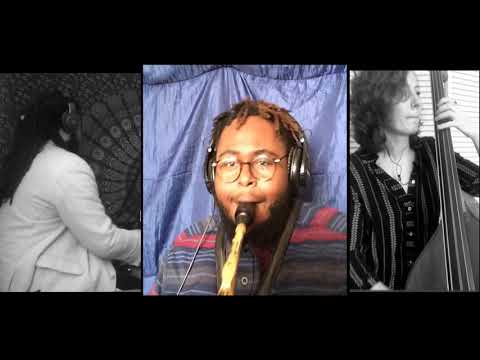 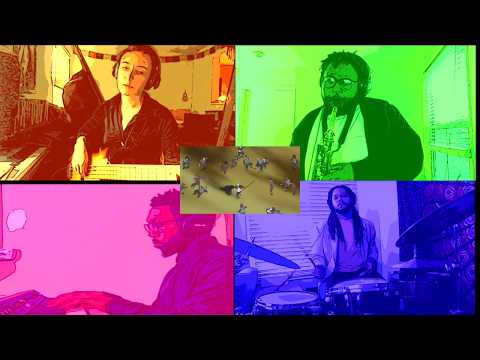 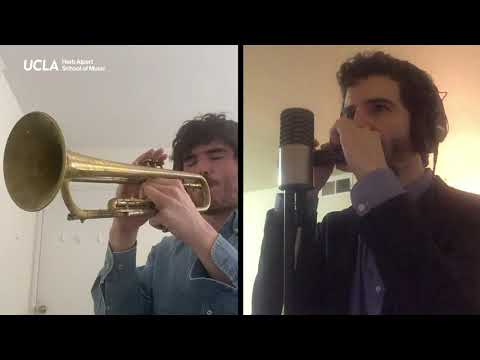 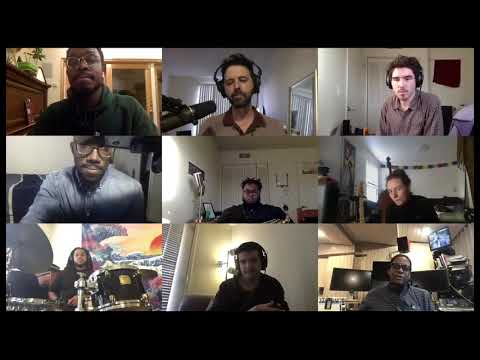 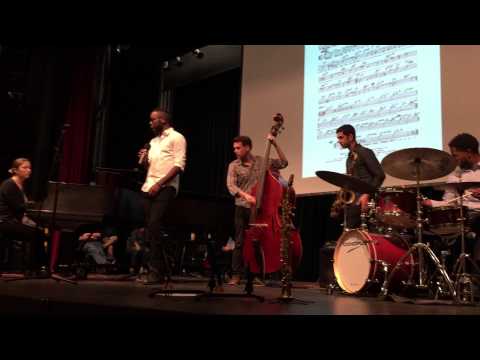 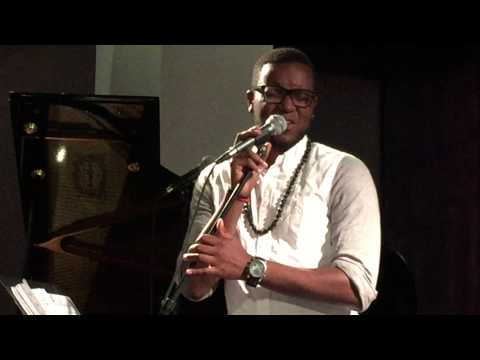 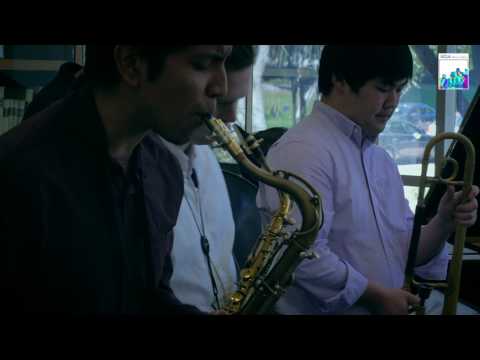