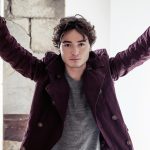 Thomas Enhco, of Paris, France, began classical training on the violin and piano as a child and studied formally at the Centre des Musiques Didier Lockwood and the Paris National Conservatory. Since then, he has achieved international recognition, winning France’s prestigious Django d’Or “New Talent” award, the “Révélation” prize at the Victoires du Jazz, the third Grand Prize at the Martial Solal International Jazz Piano Competition, and the second Grand Prize at the Osaka International Chamber Music Competition. Enhco has recorded and performed in dozens of countries with top artists like Jack DeJohnette, John Patitucci, Didier Lockwood, Ari Hoenig, Kurt Rosenwinkel, Ibrahim Maalouf and Rudresh Mahanthappa. 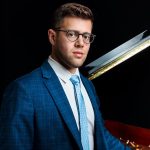 Steven Feifke, a native of Lexington, Massachusetts, is a prolific pianist, composer and educator. A regular at key venues including The Blue Note, Smalls and Dizzy’s Club Coca-Cola, he frequently works as a musical director and leads his own big band, septet and trio. Feifke has arranged and written for a variety of contexts both in and out of jazz, and his music can be heard on the hit Netflix show “Comedians in Cars Getting Coffee.” He holds a bachelor’s degree in jazz studies and a minor in economics from New York University, along with a master’s degree in jazz composition from the Manhattan School of Music. Feifke’s debut record is Peace In Time, released independently in 2015. 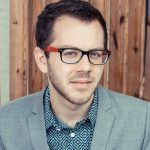 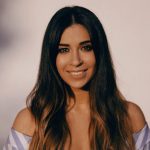 Liya Grigoryan was born in Yerevan, Armenia, and grew up in Rostov-on-Don, Russia. At age five, Grigoryan began taking part in piano competitions and performance tours throughout Russia, the Ukraine, Germany and Scotland. In 2010, she moved to Amsterdam to pursue degrees at the Conservatorium van Amsterdam. Grigoryan has won high-profile international competitions and awards, including the Leiden Jazz Award and the Keep an Eye International Jazz Award, and has taken part in exchanges at the Manhattan School of Music and the Hudson Jazz Workshop. She performs actively in the Netherlands and across Europe, and has appeared on top stages including Bimhuis, the Concertgebouw and the North Sea Jazz Festival. 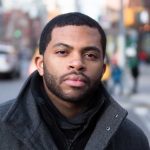 Michael King, of Chicago, Illinois, began playing drums in his church band at age four. At 14, he transitioned to the piano and organ and began learning the instruments by ear. As a student at Chicago’s Gallery 37 Center for the Arts, he was selected to participate in the prestigious Ravinia Jazz Scholars program and the Thelonious Monk Institute of Jazz National Performing Arts High Schools initiative. A graduate of Oberlin Conservatory, King has performed with Bobby Watson, Kevin Eubanks, Dave Liebman, Gary Bartz, Billy Hart, Rufus Reid and many others. He appears regularly on stages around the world with major artists including Dee Dee Bridgewater, Robin Eubanks, Theo Croker and Melissa Aldana. 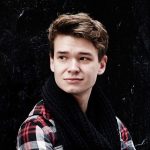 Holger Marjamaa, a native of Tallinn, Estonia, was raised in a musical family. Beginning classical studies at age five, he developed a strong interest in the music of Chick Corea and famed jazz vocals group Take 6, and resolved to play jazz professionally. A graduate of the Estonian Music Academy, the Sibelius Academy in Helsinki and the Manhattan School of Music, Marjamaa has won numerous awards, including the Grand Prix at the XXIV International Solo Jazz Piano Competition in Vilnius, Lithuania and the Young Estonian Jazz Talent Award. He has appeared with international talents including Lee Ritenour, Dennis Chambers, Lonnie Liston Smith, David Kikoski, Lee Pearson and Chad Lefkowitz-Brown. 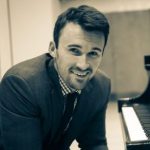 Dave Meder, of Tampa, Florida, is a multifaceted pianist, composer and educator who took first place at the 2013 Jacksonville Jazz Piano Competition and was selected as a finalist for the American Pianists Association’s 2019 Cole Porter Fellowship. He has performed on leading stages including the Torino Jazz Festival, Tokyo Jazz Festival, Jazz at Lincoln Center and Jazz at the Kitano. With an M.M. from New York University and an Artist Diploma from The Juilliard School, Meder’s mentors include Kenny Barron, Mark Turner, George Cables, Nathan Davis and Curtis Fuller. Meder recently became Assistant Professor of Jazz Piano at the University of North Texas Jazz Studies program, and is the youngest instructor ever to hold such a position. 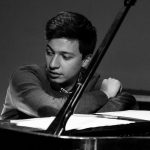 Krisztián Oláh of Hungary has become a recognizable presence on the European jazz scene at just 22 years of age. He has earned recognition at international jazz competitions including the Targu-Mures International Jazz Festival, Nottingham International Jazz Piano Competition, and Montreux Jazz Piano Competition, where he won third place in 2015. His Oláh Krisztián Trio performs at top venues and festivals across Hungary, and his Color Art Ensemble merges his interests in jazz and classical influences. In 2016, the Hungarian Jazz Federation recognized Oláh as the Young Jazz Musician of the Year. A graduate of the Béla Bartók Conservatory in Budapest, in 2017 Oláh completed his studies in jazz piano at the Franz Liszt Academy of Music. 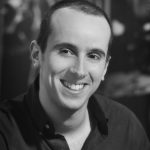 Tom Oren was born in Tel Aviv, Israel, and began his musical training at age six. An honors graduate of the Israeli Conservatory of Music, he studied at the renowned Rimon Jazz Institute and attended the Berklee College of Music on a full scholarship. Oren’s achievements include winning first prize in Rimon’s annual Jazz Musician Contest and numerous America-Israel Cultural Foundation Scholarships. A pianist, arranger and composer, he has worked with a host of leading Israeli jazz musicians, most recently as a core member of the Eli Degibri Quartet. Oren has appeared on world-class stages including Dizzy’s Club Coca-Cola, the JazzAhead! Festival in Bremen, and the 2018 International Jazz Day celebration in Saint Petersburg, Russia. 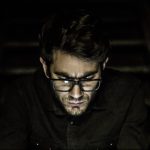 Maxime Sanchez, a native of Toulouse, France, began studying the piano at age four while living in South Korea. Following his family’s return to France, he enrolled in the jazz studies program at the famed Conservatoire National Superieur in Paris. Sanchez formed the successful Flash Pig quartet, which has performed at high-profile European events, including the famed North Sea Jazz Festival in 2015. The same year, he received broad acclaim as the winner of the Euroradio Jazz Competition. Since 2017, Sanchez has engaged in a variety of creative projects, collaborating with prominent French reedist and composer Michel Portal, composing for an 80-voice choir and jazz quartet, and performing with the innovative musical collective Banquise. 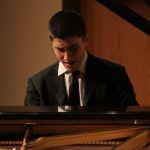 Jake Shapiro is an accomplished pianist and organist from Chicago, Illinois. Actively performing since age seven, he studied with acclaimed instructors Laura Hoffman and Jim Trompeter before earning his master’s degree in jazz piano performance from the University of Miami’s Frost School of Music. Shapiro has garnered three coveted Student Music Awards from DownBeat Magazine in the Jazz Arrangement, Small Jazz Combo and Blues/Pop/Rock Group categories. At just 25 years of age, Shapiro has already accrued an impressive list of collaborations, working with Danilo Pérez, Rufus Reid, Ed Calle, Jon Faddis and Terence Blanchard. He is currently pursuing a Doctor of Musical Arts degree from the University of Miami. 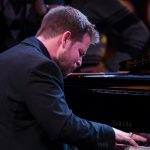 Billy Test, a native of Philipsburg, Pennsylvania, is an in-demand pianist, composer, arranger and educator who has appeared at some of the leading venues in the United States. With a dual degree in jazz and classical piano performance from William Paterson University and a master’s degree from the Manhattan School of Music, he has learned from some of the best in jazz, including Mulgrew Miller, Harold Mabern, Jim McNeely and Dave Liebman. Test has performed with the Village Vanguard Orchestra, Joel Frahm, Sheila Jordan, Jerry Bergonzi and Giacomo Gates on stages including Carnegie Hall, the Kennedy Center, Blue Note, Birdland, Smalls and Mezzrow. He recently relocated to Cologne, Germany, where he occupies the piano chair for the renowned WDR Big Band. 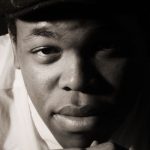 Isaiah J. Thompson’s accomplishments bely his 21 years. The West Orange, New Jersey native began studying classical piano at age five and quickly branched out into other styles. He has been recognized as an Outstanding Soloist at both the Essentially Ellington and Mingus High School Competitions and was invited to participate in Jazz at Lincoln Center’s inaugural Summer Jazz Academy. Thompson has performed at venues across the United States and around the world with jazz luminaries including Christian McBride, Herlin Riley and Buster Williams, and was featured on the Handful of Keys album with Wynton Marsalis and the Jazz at Lincoln Center Orchestra. He is currently in his fourth year at The Juilliard School. 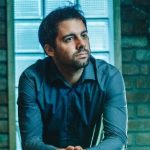 Xavi Torres, of Tarragona, Spain, is one of the European jazz scene’s top young pianists. After attending the Conservatory in Tarragona, Torres studied at the Catalonia College of Music in Barcelona and the Conservatorium van Amsterdam, where he completed degrees in both jazz and classical music. In Amsterdam, Torres has performed with outstanding musicians including Tineke Postma, Dick Oatts, Terell Stafford, Ben van Gelder, Jasper Blom and Reinier Baas. He has appeared on more than 20 records as a sideman and performed on three continents. In 2017, Torres was named to the Young VIP program, which recognizes the most promising young jazz talents in the Netherlands, and he completed a 14-concert tour of the country’s leading venues.

Back to 2018 Competition page.